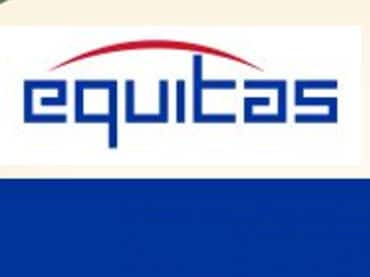 Shares of Equitas Small Finance Bank (SFB) hit a 52-week high of Rs 63.90, as they rallied 7 per cent on the BSE in Wednesday’s intra-day trades after the Reserve Bank India (RBI) approved SBI Funds Management Limited (SBIFML) plan to acquire up to 9.99 per cent of the paid-up equity capital of the bank through the schemes of SBI Mutual Fund (SBIMF).

The stock surpassed its previous high of Rs 63.10, touched on December 13, 2022. At 09:49 AM; the stock traded 5 per cent higher at Rs 62.40, as compared to 0.36 per cent decline in the S&P BSE Sensex. The average trading volumes at the counter more-than-doubled with a combined 7.8 million shares changing hands on the NSE and BSE.

Equitas SFB in an exchange filing on Tuesday said that the bank has received intimation from RBI on January 03, 2023, giving a nod to SBIFML to acquire up to 9.99 per cent of the paid-up equity capital of the Bank through the schemes of SBIMF.

Meanwhile, in past three months, the stock of Equitas SFB has rallied 28 per cent, as compared to 5 per cent rise in the S&P BSE Sensex. Further, in past six months, it has zoomed 60 per cent, as against 15 per cent gain in the benchmark index. The stock had hit a record high of Rs 77 on July 12, 2021.

Shares of Equitas Holdings, the promoter of Equitas SFB, too hit a 52-week high of Rs 136.60 on the BSE in intra-day trade today.