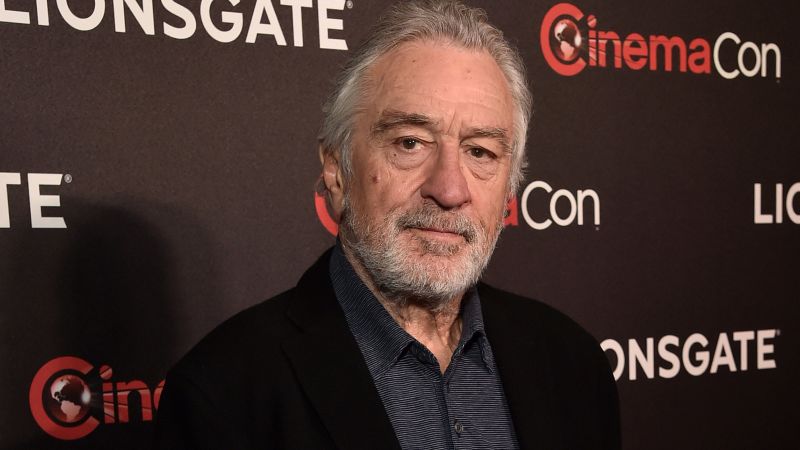 Police in New York City arrested a woman who broke into Robert De Niro’s home early Monday, according to a law enforcement source.

The woman did not interact with the actor, who was on another floor, the source said. The suspect is known to the New York Police Department from previous arrests and is one of the top five burglars in the precinct, the source said.

Officers from the 19th Precinct saw the woman walking down a street on Manhattan’s Upper East Side early Monday, trying different doors to commercial buildings before she allegedly broke in through a door of a residential building.

They followed her and arrested her on the first floor, the source said.

At around 2:45 a.m. officers arrested the 30-year-old woman inside a residence while she was attempting to remove property, a spokesperson for the NYPD’s deputy commissioner of public information told CNN. The property included Christmas presents and an iPad.

The basement door of the residence showed signs of forced entry, the spokesperson said. The woman was taken into custody with charges pending.

The spokesperson would not confirm who owned the home.

The law enforcement source told CNN the suspect in the case is “the poster child” for the problems with New York state’s scrutinized and controversial bail reform changes.

Under New York state’s bail reform laws that were implemented in 2020, burglary was a non-bailable offense.

But because of pressure from police officials and NYC Mayor Eric Adams due to recidivism in burglary and theft offenses, the law was tweaked to allow judges to set bail in cases where a person was arrested again for certain crimes harming people or property after being released for a similar crime.

Judges do not appear to be applying that exception, a law enforcement source claims, based on what police are seeing on the ground.

The woman had 27 arrests and two active bench warrants for failure to appear in court at the time of her arrest, the source said.

“This individual is literally the poster child for everything that is wrong with the system,” the law enforcement source said.

According to NYPD statistics, the rate of felony recidivism for burglary within 60 days in 2021 was 24%. Statistics from 2017, before bail reform, show the recidivism rate was 7%.

Current NYPD statistics from 2022 so far show the rate is holding steady at 24%.